This week the savanna’s purple lupines (Lupinus perennis) and pink wild geraniums (Geranium maculatum) are being replaced by spiderworts (Tradescantia ohiensis).  According to past years’ local records, spiderworts are blooming later than normal this year. The cool spring, together with the lack of burning, make this year’s blooming plants on the hillsides appear to be less striking than in past years. But up close they are still a beautiful and impressive plant. 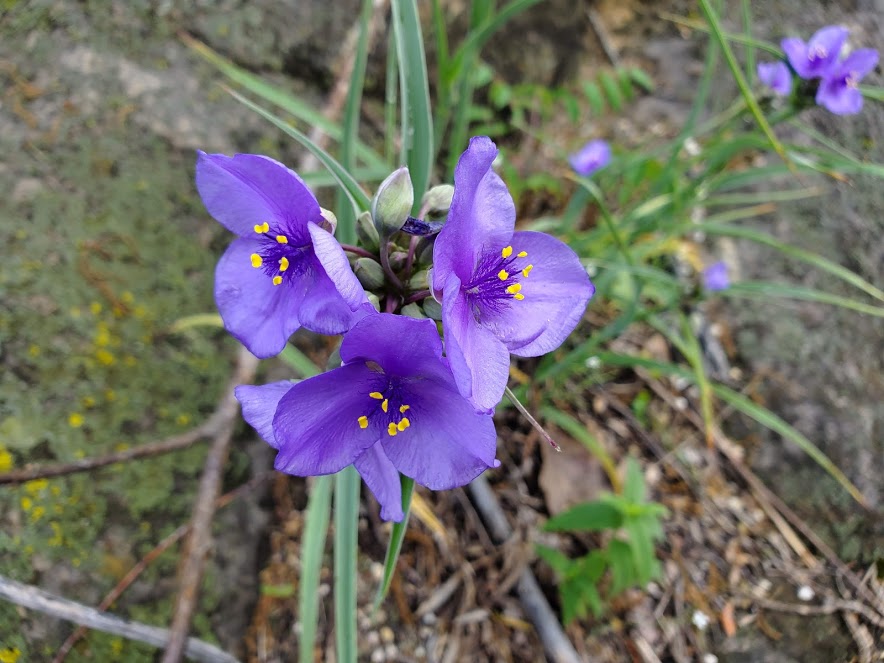 Many birds are fully occupied with nesting. Andy Sleger observed a female Rose-breasted Grosbeak exiting a nest and took a photo. Rose-breasted Grosbeak nests appear to be flimsy but tend to hold up well. At least the species appears to be a successful nester, based on the number of young grosbeaks that show up with their parents at bird feeders every year. Another nesting critter that Andy found was a large snapping turtle. This turtle was just starting to lay her eggs in a nice sandy area. Unfortunately, the area is on a management use trail. Turtle nesting is often unsuccessful. Turtles face obstacles, like roads and other impediments as they head to and from nesting sites. Nest predation is also a significant source of loss, with 90 to 100% of all turtle nests failing due to predators in some areas. With turtle populations declining, we need to protect turtles as much as we can.  Check out the WDNR website for more information on how you can help.