Six pale lavender petals are borne at the top of a 3-6-inch fuzzy stalk. (Botanically, they are 3 petals and 3 sepals, but are nearly indistinguishable.) A ruff of fuzzy segments wraps the stalk below the bloom. As blooms fade, the first true leaves sprout. They are finely cut, a twisted hand of ribbon segments. Seed heads form on the stalks a month later, appearing like dandelion fluff. Pasques are northern cool-weather creatures and disappear from view by June. They grow only on the driest ground, in full sun. Blue sky pasqueflower and the hand of Rob. The second is prairie buttercup (R. rhomboideus). It’s restricted to dry prairies and is quite uncommon. While it may appear frustratingly similar to early buttercup, the trick is to search for any wide (rhomboidal) leaves near the base. If you find any, you have the rarer species. If you don’t, you may still have the rarer species, just without positive ID. 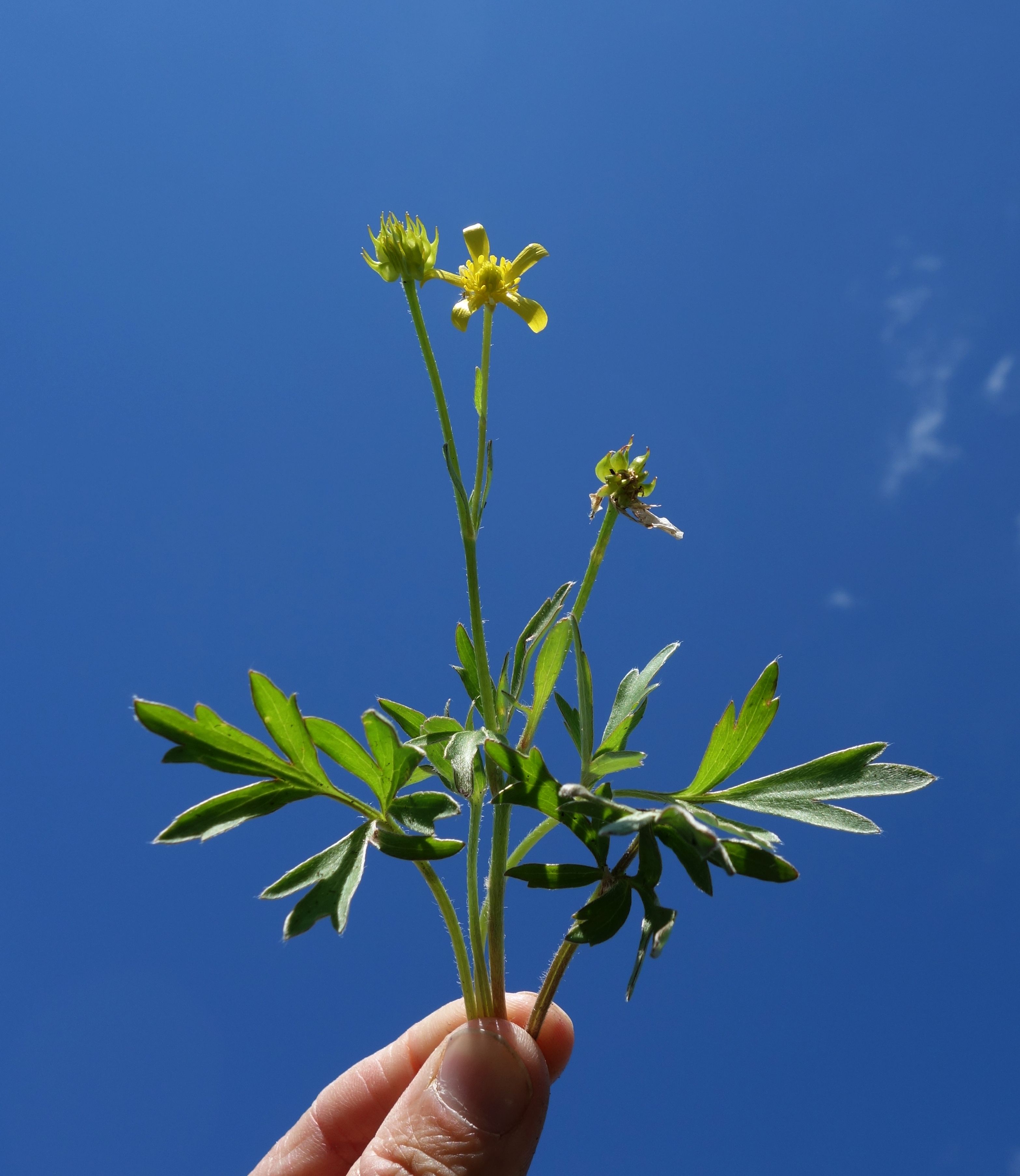 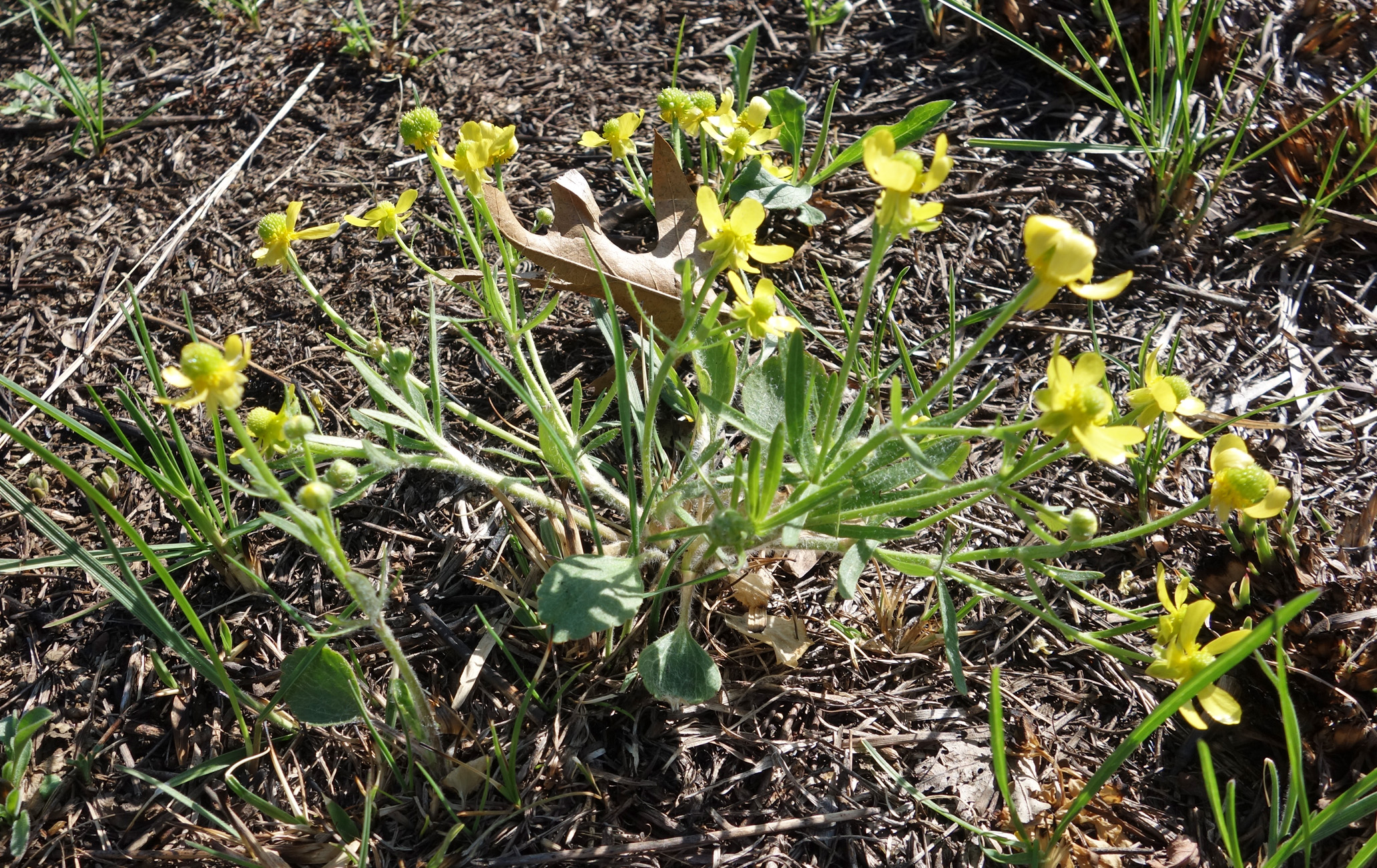