Lithospermum is a genus of plants with rock-hard seeds. All three species described here live in open prairies and have yellow to orange flowers forming a tube that flares into five petals. Their leaves are sessile (no leaf stalks) on the stem and coated with barely noticeable hairs. Puccoons bloom from late April to early June; all three may overlap and be in flower in the same week in mid-May, but this is not common.

Hoary puccoon (L. canescens): First to bloom, mid-April. Flowers the size of a dime in diameter; set your dime on the flared area and it is about that size. Most are orange; a rare few are yellow. On inspection, the plants are coated with minute, soft hairs. They stand about two hands high and grow in little bunches. This species has the widest habitat tolerance of the three and grows from dry to moist land, including rich black soil and partial shade (savanna). 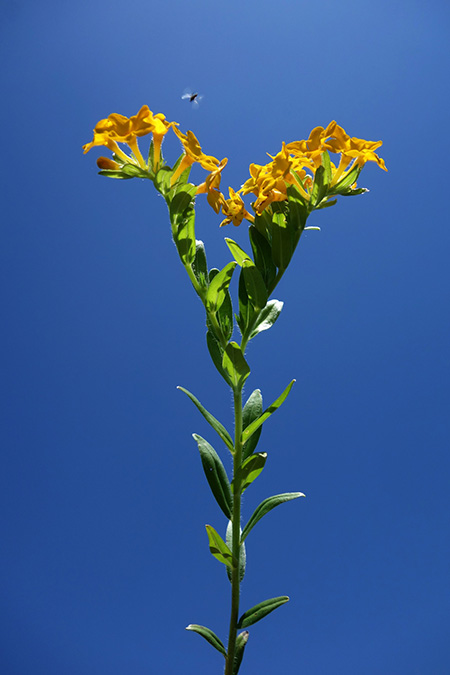 Hairy puccoon (L. caroliniense): Second to flower, mid-May. Flowers a nickel in diameter. Most are orange; a rare few are yellow. The plant is streaked with slanting silver-white hairs that produce a minute raspy feel on the fingers. Its stature can be like hoary puccoon, but it is usually much larger (shin-high) and some bunches could fill a bushel basket. This species is always found on sandy ground. 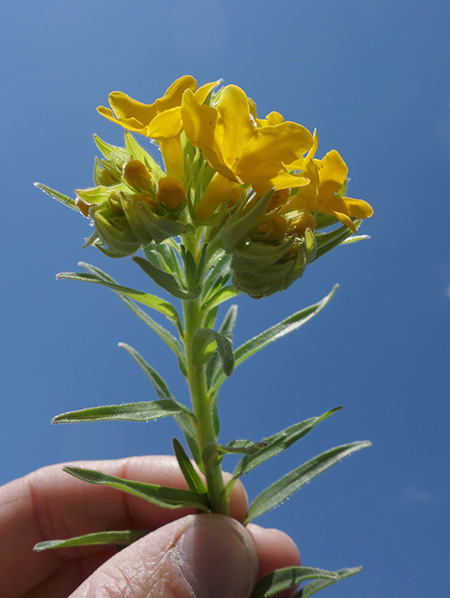 Fringed puccoon (L. incisum): Also second to flower, early to mid-May. The flower bells are always light yellow and their tubes distinctly elongated like the King’s trumpets. The petals are fringed. Its stems are a pale green-white with wavy, minute hairs. Often there is just one stem or a few stems to the whole plant. This species is found on dry, sandy, rocky ground only and adores gravel. 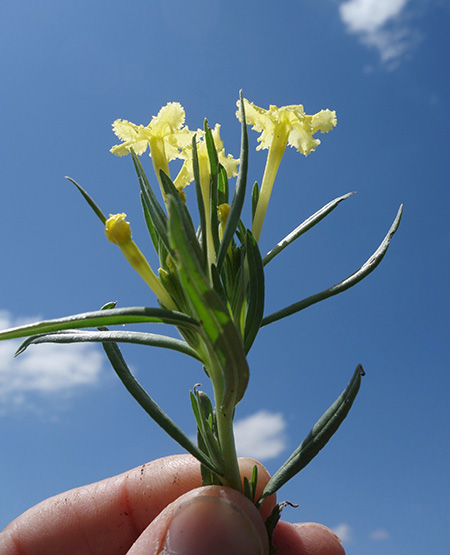 These oak woodland look-alikes all go by similar names and bloom from mid- to late April. They are all spring ephemerals. They have ankle-high, dainty wire stems, white flowers with five petals, and central "pincushions" of many stamens.

Rue anemone (Thalictrum thalictroides): Five to seven white or pinkish petals. Several blooms aloft per stem are borne on smooth wiry stalks that emanate from a junction of leaves at the mid- to upper stem. The leaves are barely three-lobed, like tiny dinosaur footprints, and about 2 thumbnails in size. This plant grows singly, but sometimes in scattered neighborhoods of singletons. Its habitat is dry to moist rocky woods. Blooms late April-early May. 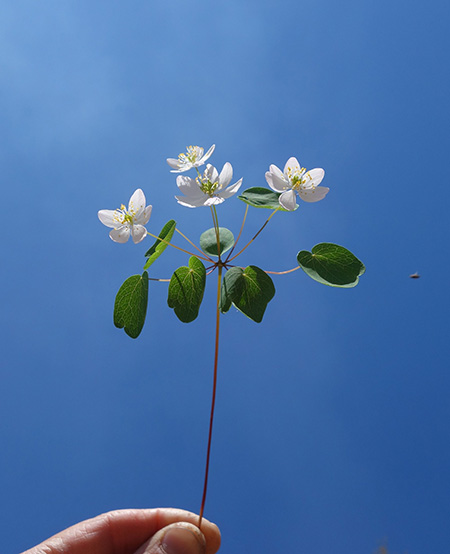 False rue anemone (Enemion biternatum): Five to seven white petals. As the lax wire stem grows, it produces more blooms alternating up the plant. The leaves are three distinct leaflets, round-lobed. Its growth form is colonial and reclining, making it look like someone spilled popcorn in the woods. Its habitat is rich black oak and maple woods of southern Wisconsin. Blooms early April. 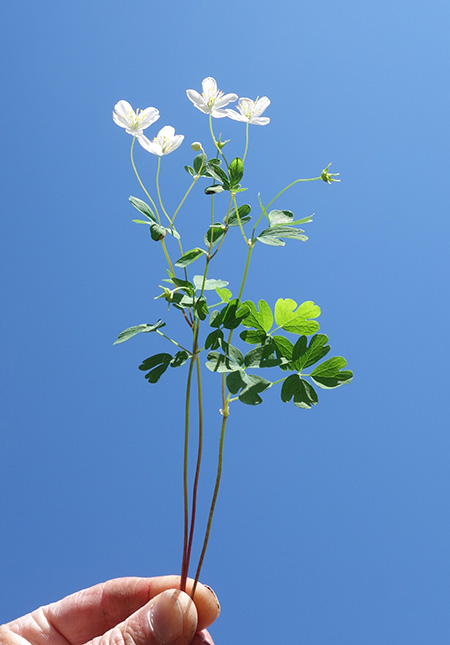 Wood anemone (Anemone quinquefolia): Five white to pink petals. The leaves form distinct, separate leaflets (usually three at once) and are always toothed, reminding one of strawberry leaves. Its stems are coated with peach fuzz. Like the rue, its flowers are aloft from a junction of leaves at mid-stem. There is usually one flower per stem. Colonies of mini-leaves surround the base, and the growth is colonial. Its habitat is dry rocky woods. Blooms late April. 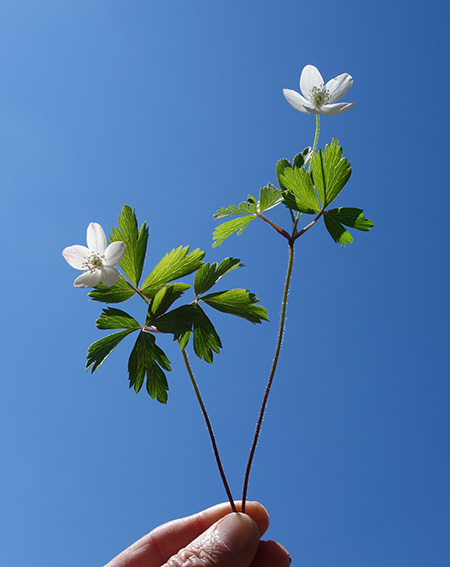